Palermo’s Palazzo Alliata di Pietratagliata (built in 1473) encompasses five centuries of Sicilian art history and, by reason of its many layers of architectural and decorative styles, is an indisputable representation of Palermo’s artistic history. With its majestic fortified tower, which was the city’s tallest at the end of the fourth century, the main façade is truly unique: decorated with mullioned and single lancet windows as well as one of the rarest examples of angular windows in the Mediterranean region, an emblem of the late Gothic Catalan period.

The beautifully maintained interiors are one of the finest examples of Sicilian Rococo. Extraordinary frescoes from 1762 by Vito D ‘Anna adorn the ceilings of the halls. Their painter celebrates the virtues of the Prince in the ballroom, in which a precious ornament dominates the room: a magnificent eighteenth century Murano chandelier containing 100 lights and measuring 2.75 x 2.75 metres. The piece is considered the largest of its kind. In the 1900’s famed architects such as Ernesto Basile and Vincenzo Palazzotto redecorated part of the Palazzo’s interiors in Sicilian neo-Gothic style.

The current owners, Prince Biagio Licata Baucina and his wife Princess Signoretta Alliata di Pietratagliata, are both direct descendants of the two families who originally owned the Palazzo. Their union accomplishes one of the most extraordinary cases of continuity in the owning of a private historic residence.

Around the second half of the Fifteenth Century Antonio Termine, powerful aristocratic, Praetor of Palermo and judge of the High Court, fixed his residence in Via Bandiera, promoting the building of an impressive castellated palace with an high tower. The Praetor’s residence soon became a reference point for the people of Palermo; even the presence of the flags that stood on the tower, for centuries one of the highest in the city, gave its present name to the road that since the Middle Ages has always been one of the fundamental axes for the road traffic.

In 1748, the prestigious Gothic building is sold by the Termine Family, Princes of Baucina, to the Marassi Family, Dukes of Pietratagliata, who decided for first to restore and expand it (entrusting Francesco Ferrigno, the famous architect of the Sicilian Senate, with the task of it) and then, in 1762, to renovate it stylistically, according to the fashion of the time (commissioning Giovanni Del Frago, a leading architect in the Rococo of Palermo, to do an important decorative work, and Vito D’Anna, the most important painter of the eighteenth century in Sicily, to execute frescoes on the ceilings).

In 1808, due to the sudden passing of the last Duke Marassi, his only daughter Maria Cirilla inherited the palace and brought a dowry of it, with the ducal title, to her husband Luigi Alliata, the third son of the Prince of Villafranca.

Then Fabrizio Alliata Duke of Pietratagliata, his descendant, decided to renovate the building facade and the interiors with the Neo-Gothic Style intervention in the early decades of the twentieth century that, besides affecting the external walls, set free from the Baroque era balconies, gave a new elegant neo-medievalist style to some areas of the existing building.
Other important figures of the artistic Sicilian culture are the protagonists in this last intervention, among which three architects: Ernesto Basile (undisputed protagonist of the Italian Modernism, author of the Montecitorio Parliament in Rome); Francesco Palazzotto (heir of the most prestigious architects’ dynasty in Palermo) and Francesco Valenti (Head of the Monuments of Palermo between the two world wars). The succession of three families of customers (Termine, Marassi and Alliata) has enabled the creation of one of the most important monuments of civil architecture in Palermo, through which you can learn much of the Sicilian history of Art. Many styles, such as the Late Gothic, Baroque, Rococo, Neoclassicism and Neo-Gothic, are present in the building where you can feel the exciting experience of living the story through several eras, like in a time machine.
The grandeur and severity of the main facade, passing the great the portal, is mitigated by the inner courtyard made lush by the vegetation that covers the walls, where stand in the mullioned window with two lights, the mullioned windows and the “oculi” in the flamboyant Gothic style.
Reached the main floor you are greeted in a warm and welcoming entrance hall, adorned with a decorative wooden, where stands a spectacular scale, and everything there is stylistically consistent with the courtyard. From this room you lead to the large fifteenth-century hall, extraordinary example of Neo-Gothic leduchiano style. Moving on, we pass from the fifteenth to the eighteenth century, introducing in the first of the three environments markedly Rococo that welcomes us in a blaze of stuccos, gilding and frescoes by Vito D’Anna (1760). In the grand ballroom there is a stunning glass chandelier made in Murano Ca Rezzonico (‘700) that has 99 arms, the largest in Europe, which is the precious ornament to the magnificent vault frescoed by Vito D’Anna and to the fine floor covered in Neapolitan majolica of the eighteenth century.
By a curious coincidence, Biagio Licata Baucina prince, a descendant of the family who built the palace term, he married the princess Signoretta Alliata owner of the property inherited in a direct line from the Marassi Alliata of Pietratagliata.

With this marriage, the palace has never changed owner, remaining in the same family for six centuries.

The current owners, Biagio and Signoretta Principles of Baucina live in the palace with their two children, Antonio and Maria Amalia, and with great passion and meticulous dedication have given back to the palace that splendor perpetrated over the centuries.

From the beginning, the building has welcomed distinguished guests. Among the latest: S.M. the Queen of the Netherlands, the Nobel laureate Professor Modigliani, the master Riccardo Muti and several noted personalities of the international community.

The Palace Alliata of Pietratagliata is located in via Bandiera, heart of the historical center in Palermo and one of the most ancient roads...

Seaside Mondello is lively all year, and this house and cottage sleeps 10 so is perfect for families or friends. Beach and Palermo nearby 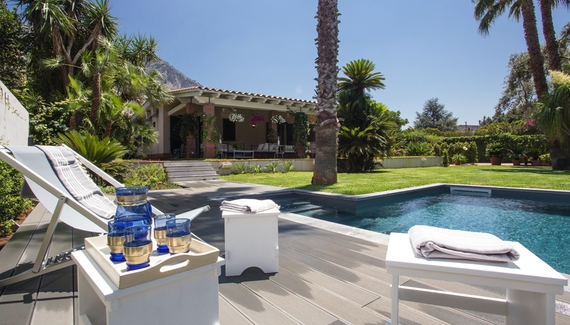 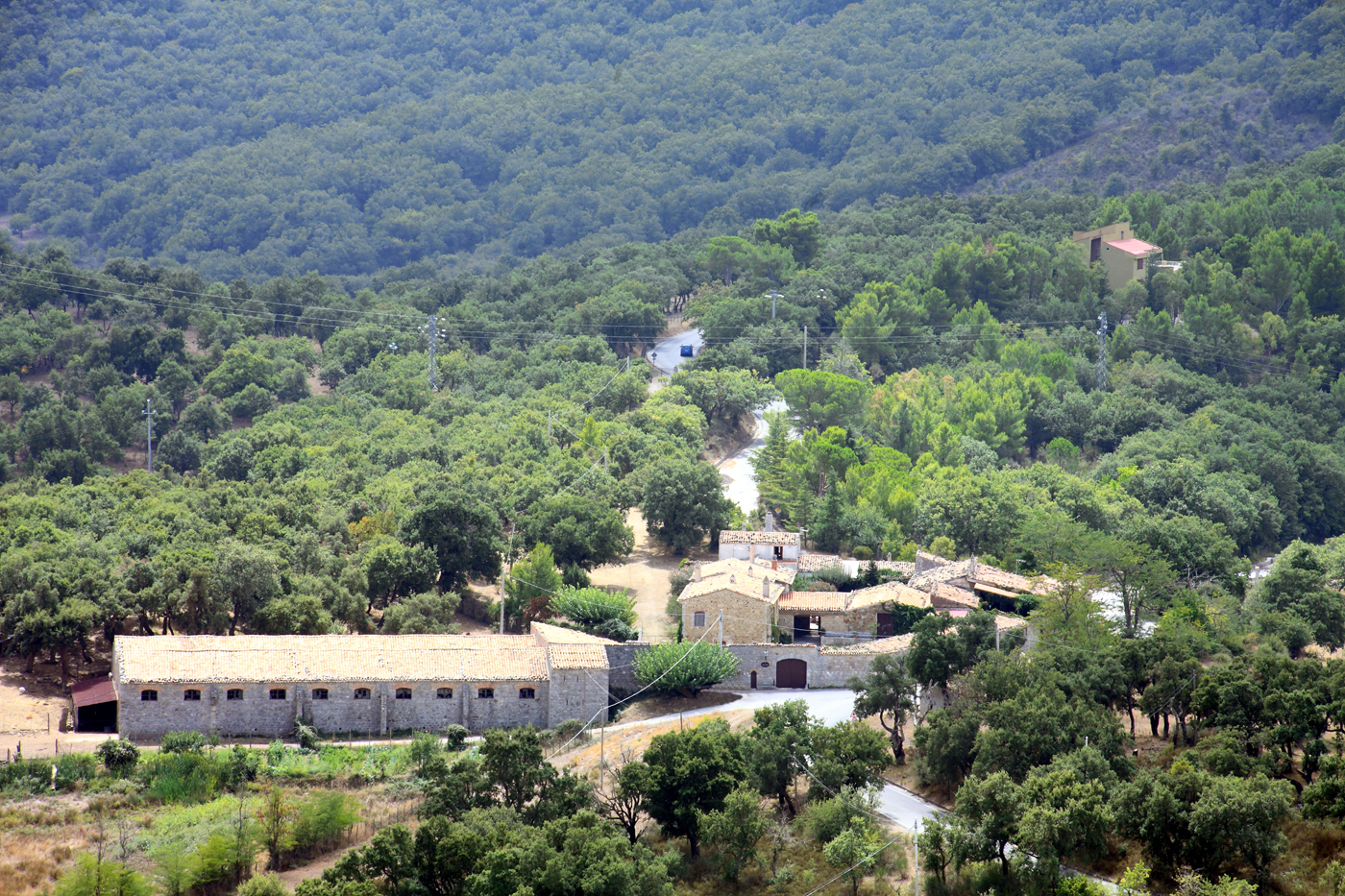 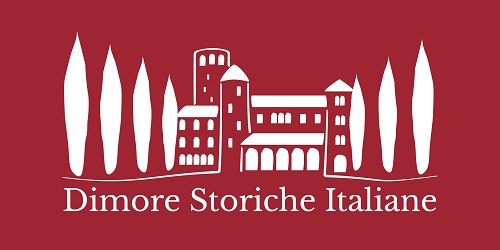